About Groundwater & Our Basins

Groundwater matters to everyone. It’s an important source of water stored in the earth beneath our feet, in spaces between sand, soils, and fractured rock known as an aquifer. Layers of aquifers make up a groundwater basin, which can extend for miles. Groundwater is a critical buffer against the impacts of drought and climate variability/ change, and plays a vital role in maintaining our region’s (and the State’s) economic and environmental sustainability. Sustainable groundwater management balances groundwater resources in a manner that ensures basin resiliency, which greatly benefits present and future generations. To learn more about groundwater, visit the California State Water Resources Control Board web page.

San Benito County includes all or portions of 13 groundwater basins that are important sources of agricultural and urban water supply, and which support the environment. The SBCWD is responsible for water management throughout the county, including monitoring of basin water levels and water quality, management of salts and nutrients in the water, recharge into the basins, and annual reporting. 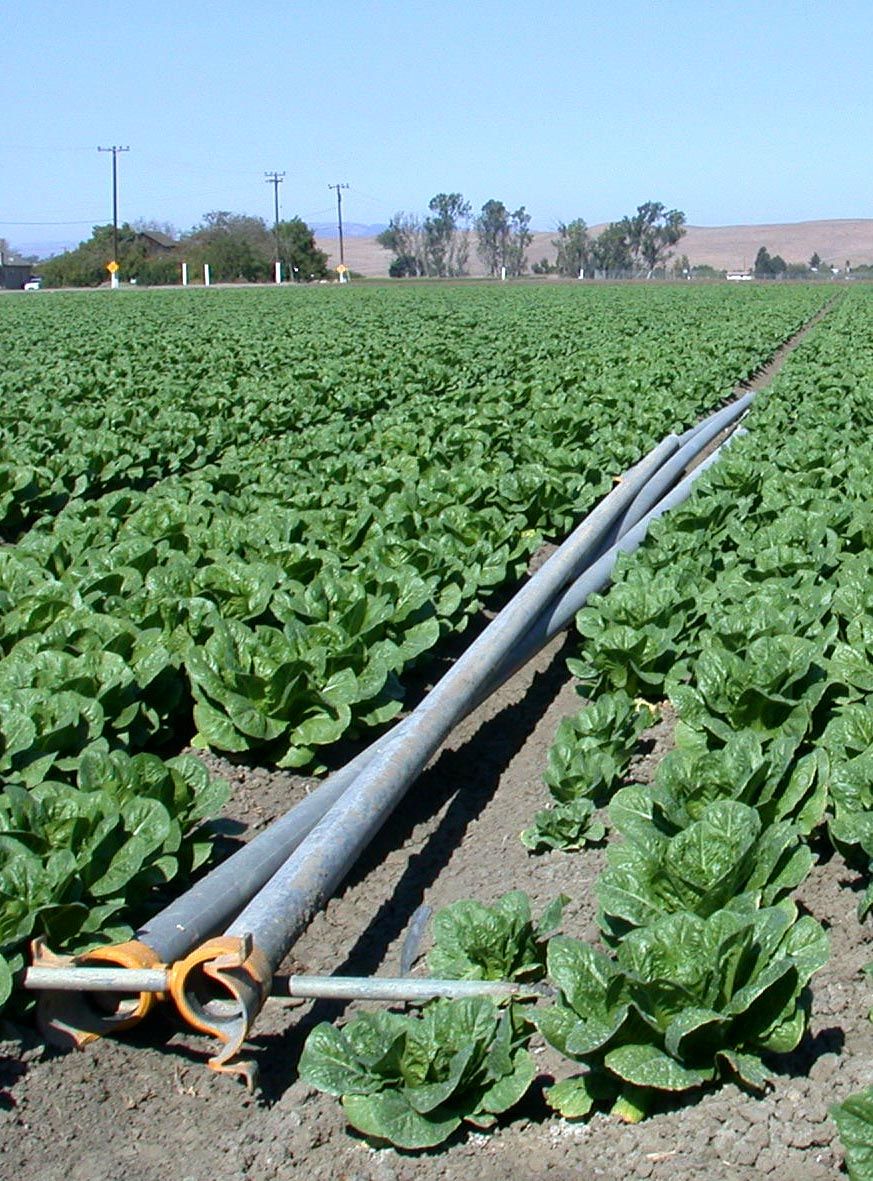 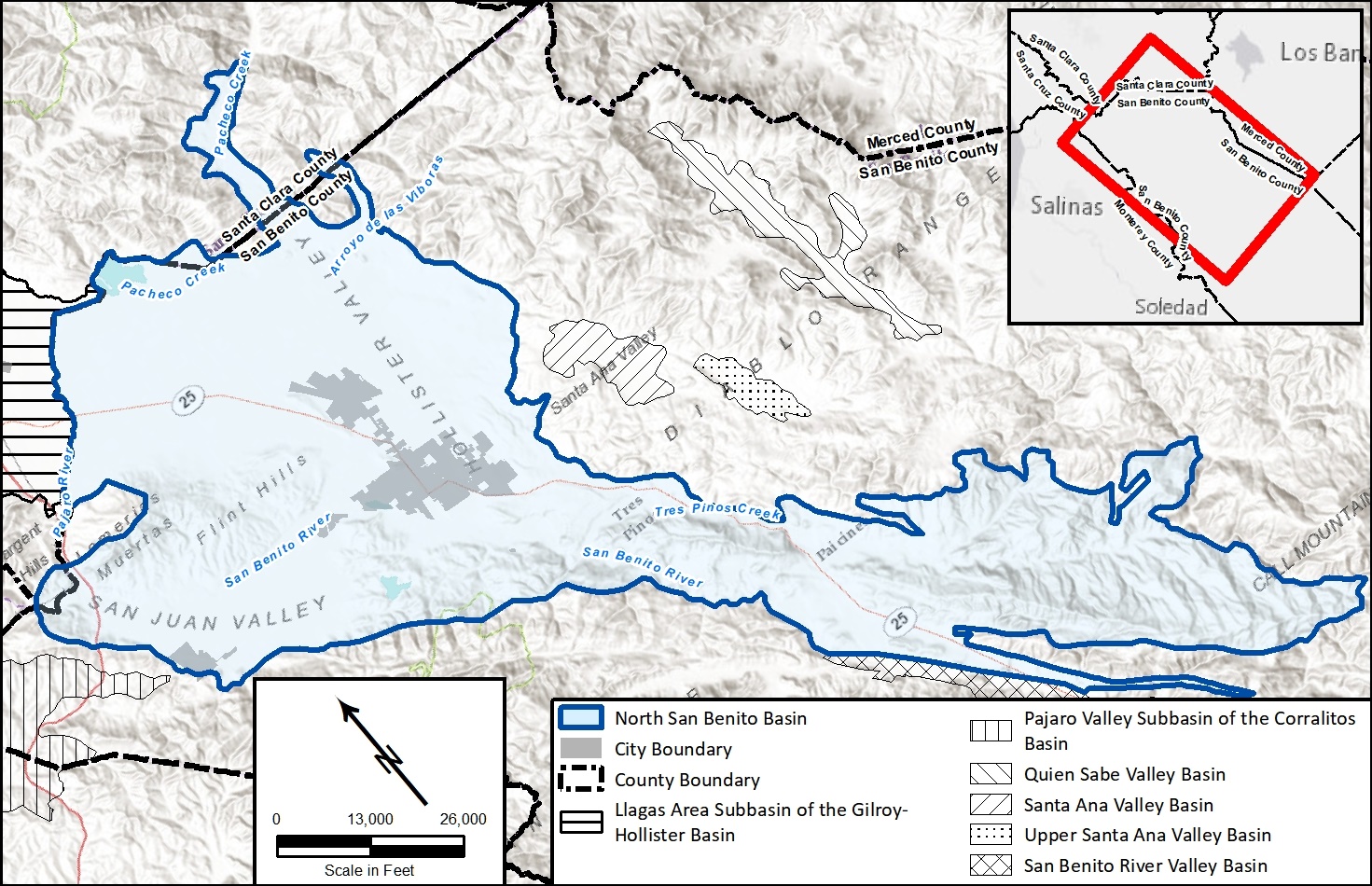 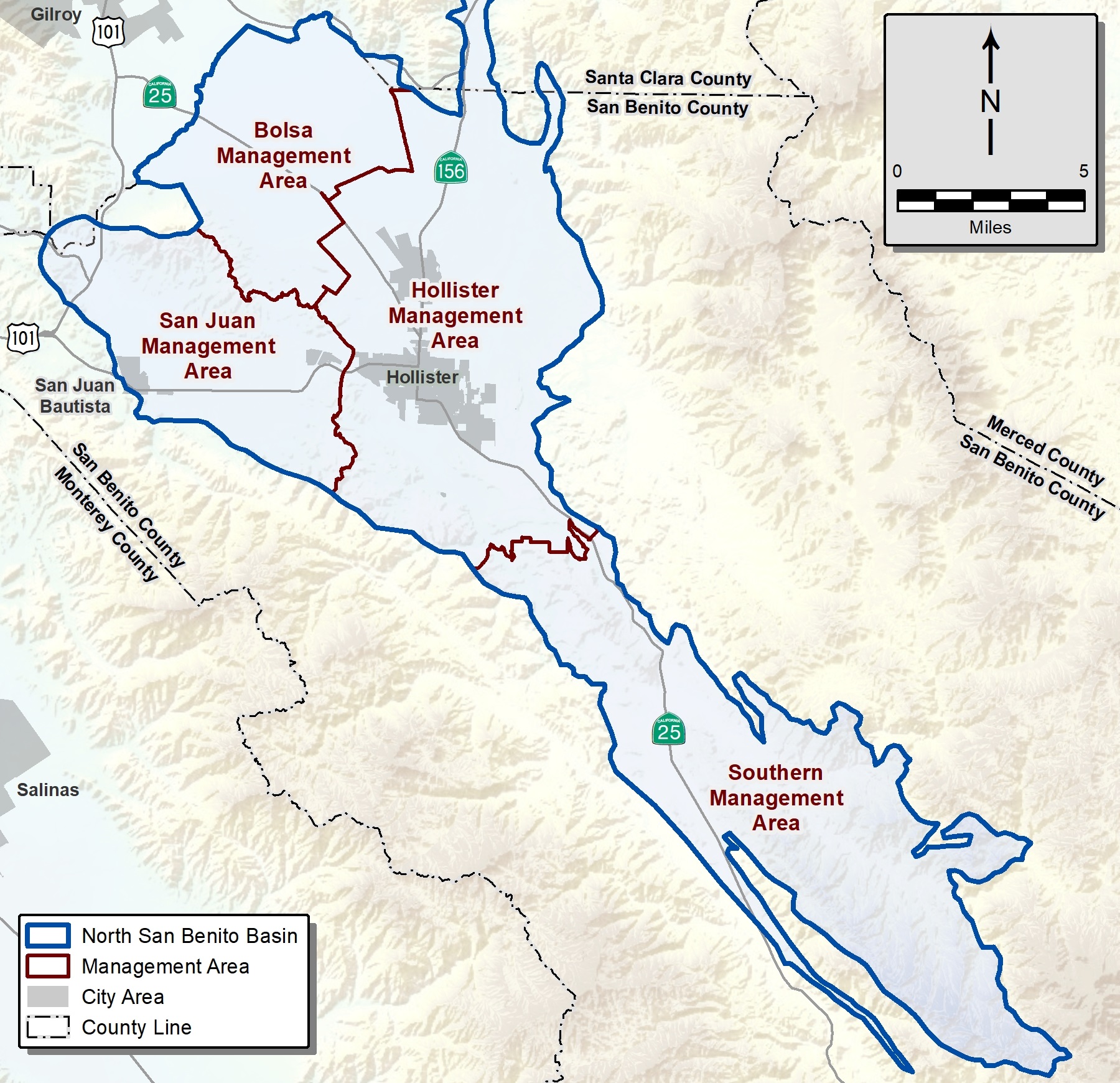 There are multiple challenges to maintaining and ensuring groundwater sustainability, including increasing uncertainty about the future availability of imported water, particularly with climate variability and with competing demands from overdrafted basins elsewhere. In fact, during the last drought locally observed groundwater levels dropped significantly. The lack of imported water to keep the basin in balance coupled with localized drought had a big impact on our water supply. With a couple of years of of significant rain and large allocations of imported water we have seen resiliency in our basin as water levels have risen to where the basin is almost full again. This really underscores the importance of imported water to our county.

The Role of Surface Water

SBCWD manages local surface water supplies, such as Hernandez, San Justo, and Paicines reservoirs, which are used for groundwater recharge (percolating water into the underground basin to maintain appropriate water levels). SBCWD also imports surface water from the Central Valley Project (CVP). CVP water (known as “blue valve” water due to the blue pipes and valves visible along some local roads) is delivered to agricultural, municipal, and industrial customers in “Zone 6” – an area which overlies portions of the Hollister and San Juan Bautista basins.